22nd issue! If you missed the previous ones, you can read all the previous issues of my monthly Python newsletter here.

This is the best Python newsletter for you if you want to keep up-to-date with the industry and keep your skills sharp, without wasting your valuable time.

Let's dive in. Here's what you missed in September 2021 as a Python Developer…

Guess which programming language won? You guessed it, it's Java!.. Just kidding it's Python. Rankings are created by weighting and combining 11 metrics from eight sources: CareerBuilder, GitHub, Google, Hacker News, the IEEE, Reddit, Stack Overflow, and Twitter. You can read the full results here.

Skybison is an experimental performance-oriented greenfield implementation of Python 3.8 that the team at Instagram (Facebook) created. It contains a number of performance optimizations, including: small objects; a moving GC; hidden classes; bytecode inline caching; type-specialized bytecode; an experimental template JIT.

You can have the Python equivalent of node_modules like JavaScript developers have enjoyed for years to manage all of your project dependencies. How? Here is how.

Asking for Forgiveness in Python 🙇‍♂️

Learn about the 2 coding styles, EAFP and LBYL, and which one may be better for your codebase:

-->*EAFP: Easier to ask for forgiveness than permission.

Learn about both, using Python.

Love Python? Love Money? Then you will like this weekend project. Learn to track your personal finances using Python. Here is the full breakdown of how to do it this weekend.

I like these 2 new opinionated rules that were just added to Pylint to make your Python code cleaner. What do you think, do you agree with these 2 new rules?

Mark your calendars, Python 3.10 is officially live on October 4th. Be there or be square.

What is good logging and how should you implement it? Learn the logging best practices for any future applications you build with Python.

2 new python libraries to check out this month:

This is a strange resource of the month, but it is just too good not to share. Programmers, especially great ones, can solve problems in unique ways that many can't. That's why we get paid... to solve problems. This HackerNews user has the most creativity I have ever seen from anyone:

When I launched my former bitcoin casino in 2011 (it's gone, but it was a casino where all games, even roulette tables were multiplayer, on a platform built from scratch starting in '08), I handled all web requests through a server in Costa Rica that cost about $6/mo. Where I had a shell corporation for $250/year. Once the front end -- the bullet containing the entire casino code, about 250kb -- loaded, from Costa Rica, and once a user logged in, they were socketed to a server that handled the gaming action in the Isle of Man. Graphics and sounds were still sent from the Costa Rica server. I didn't have a gaming license in the IoM, though - that was around $400k to acquire legally. So I found a former IoM MP who was a lawyer, who wrote a letter to the IoM gov't stating that we didn't perform random calculations on their server, thus weren't a gambling site under IoM law. Technically that meant that no dice roll or card shuffle leading to a gambling win or loss took place on that server. So the IoM server handled the socketed user interactions, chat, hand rotation and tournament stuff. Also the bitcoin daemon and deposits/withdrawals. But to avoid casino licensing, I then set up a VPS in Switzerland that did only one thing: Return random numbers or shuffled decks of cards, with its own RNG. It was a quick backend cUrl call that would return a fresh deck or a dice roll, for any given random interaction on the casino servers. The IoM server would call the Swiss server every time a hand was dealt or a wheel was spun; the user was still looking at a site served from a cheap web host in Costa Rica. And thus... yeah, I guess I handled millions of requests a day over a $6 webserver, if you want to count it that way.

See you next month everyone!

By the way, I teach people how to code and get hired in the most efficient way possible as the Lead Instructor of Zero To Mastery Academy. You can see a couple of my courses below or see all ZTM courses here.

Don’t sell yourself short. Seriously, don’t be a Junior Developer. A Junior Developer puts this title in their resume, emails, and LinkedIn… They announce it to the world. Don’t.

I've taught 500,000 of students how to code over the past 3 years. Many of them used this exact step by step guide to learn to code and get hired as a web developer from scratch, for free, in under 6 months.

21st issue of the Machine Learning Monthly Newsletter! The must-read monthly machine learning newsletter by Daniel Bourke. Covering the most interesting news in the machine learning industry over the last month. 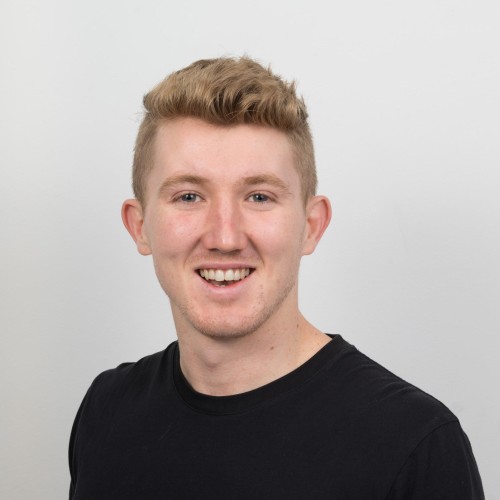